Fill out the form for questions on  events, coaching, the online course, or speaking.

AboutParentsEducatorsStudentsCoursesEventsInterviewsResourcesContact
All Resources
/
All Blogs
/
Authenticity, Two Boys, and a Stick

Authenticity, Two Boys, and a Stick

When my son was 18 months old, he and his best friend were playing in our backyard. while my  dear friend and I were enjoying a much anticipated glass of wine and a rare adult conversation a few feet away on the patio.

With an array of bright plastic toys around him, my son, Robert, picked up a stick about his size, and began to play with it.

I heard all sorts of cautious mom voices rattling around in my lizard brain:  “He is going to poke an eye out.”  “He could hurt himself, or someone else.”  “Ick, that must be dirty.” My mind diligently chattered along. Fortunately for him, the chardonnay and precious time with my girlfriend was delightful enough to overpower the voices. I chose to ignore his brandishing the stick to avoid the inevitable argument that would follow if I attempted to pry the stick from his determined 18 month old hands.

In no time at all, his buddy Mathew appeared and began eyeballing the stick.

In a matter of 60 seconds or so, Robert had the stick above his shoulder looking like a young Babe Ruth swinging for the fences..  We giggled as we watched him pretend to play baseball and talked about how someday the boys would be playing on ‘real' teams.

A moment or two later, Mathew picked up a similar stick.  Assuming he was going to join Robert’s imaginary Worlds Series game, we watched eagerly to see who would hit the scoring run.

However, much to our surprise, when Mathew picked up the stick, he saw a different tool. Rather than get in the game, he began to play the guitar. He jammed out like the next Bruce Springsteen and played gleefully while his buddy hit imaginary balls over the fence.

Once again we giggled in delight at their innate and playful nature. We went on with our girl time, enjoying our wine and our precious carefree little boys playing with sticks.

The years in between have been filled with baseball teams, music lessons, art classes and much more for both of the boys. Interestingly enough, both remain passionately invested in their unique interests.

Mathew spends his free time playing piano and guitar, and making music. He is off to a summer music program where he gets to hone his musical talents with other passionate and talented young musicians.

We didn’t know that at 18 months old the boys were giving us signs about where their passions lie. We didn't show them what to do with a stick, insist they take stick lessons, get them a stick coach or study stick technology.  We simply watched nature unfold. We wouldn’t have predicted anything that summer day in the backyard about the places they would go, yet it was right there in plain sight.

Our kids are leaving us gingerbread crumbs every moment of every day to their authentic selves.  The seeds are already within them, and properly nurtured they grow into the unique and beautiful expressions of their true nature.

As parents, it's simply our job to pay attention, tune in and allow our kids to show up - enter their truth and express themselves. 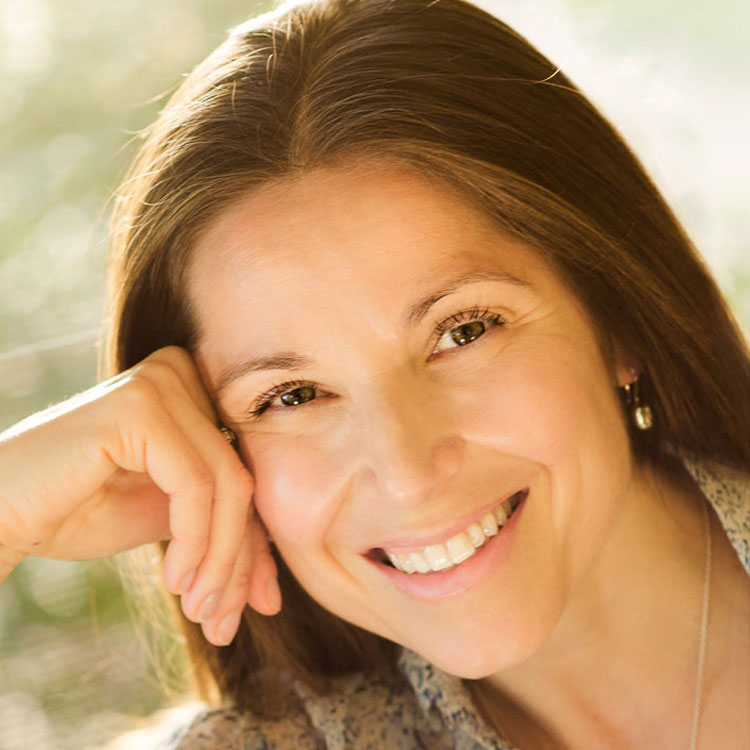 Here is one thing I know for sure. Practice does not make us perfect.But it certainly helps to smooth out the rough edges. The most important lesson I have learned in my crazy mixed up life is that practice is all there is and I am devoted to it. And I’d like to share it with you.

Let’s face it, life can feel out of control and crazy much of the time. My life is no exception. As a single working mother of three children, I have come to realize that my personal peace and emotional well being are the key for being a good parent, a good friend, a good partner and coach and for leading my happiest, most fulfilling and emotionally satisfying life.  My 22-year practice of yoga, meditation, and mindfulness has taught me how to be present, conscious and aware of how to cultivate this personal well being.

I have been fortunate to study with many of the great wellness leaders of our time. In addition to being a certified Martha Beck life coach, I received my training and certification to teach mindfulness through Mindful Schools and the Mindful Education Institute.  I have had the honor and privilege to study under inspiring leaders in the field of Contemplative Practices such as Jack Kornfield, Susan Kaiser Greenland, Linda Lantieri, Daniel Rechstaffen and many other pioneers in the field of mindfulness and education.

I have been trained by prestigious mindfulness industry leaders including John Kabat Zinn, Professor of Medicine Emeritus and founding director of the Stress Reduction Clinic and the Center for Mindfulness in Medicine, Health Care, and Society at the University of Massachusetts Medical School.

Stay up to Date
Sign up to receive updates.

Recent Posts
Are We Truly Connected? Me And My Phone.
Is The Month Of May, MAYhem: 21 Days To Parenting Sanity
What Does It Really Mean To BE HERE?
Catch Your Breath
Build Your Awareness Muscle
Trick or Treat
Rushing & Rejection: How To Teach Your College Freshman To Accept Rejection
Are You A Parent Of A College Aged Kid?
Our kids SHOULD go to college, or should they?
Back to School Rest & Renewal Formula
Are you in appreciation deprivation?
Why Our Kids Need To Lie.
How do my fears create gossip? Parenting, Sex, Gossip and our teens
What my reveal to my 18 year old taught me
What I learned from my big crazy mom temper tantrum
Curiosity Creates Connection
Louis CK, My Son, 100% Responsibility, and Making Lemonade Out of Traffic
What does it look like to be in drama with our kids?
How to reduce homework stress once and for all, consciously.
Tuning Into Intuition
Finding Love in Homework
Will you allow trust to lead the way?
From Anger to Kindness at Dinner (and the rest of the time)
Why I Am Excited My 12 Year Old Daughter Lied To Me
Authenticity, Two Boys, and a Stick
What is Courageous Parenting?
Compassion for Self: What I Thought I Knew
Planting the Seeds of Resilience
Finding Presence: Your Inner Compass
How my gratitude practice empowered me to be a better partner, parent and leader.
You Are Your Own Expert
Watering the Patience Seed
Anger to Awareness